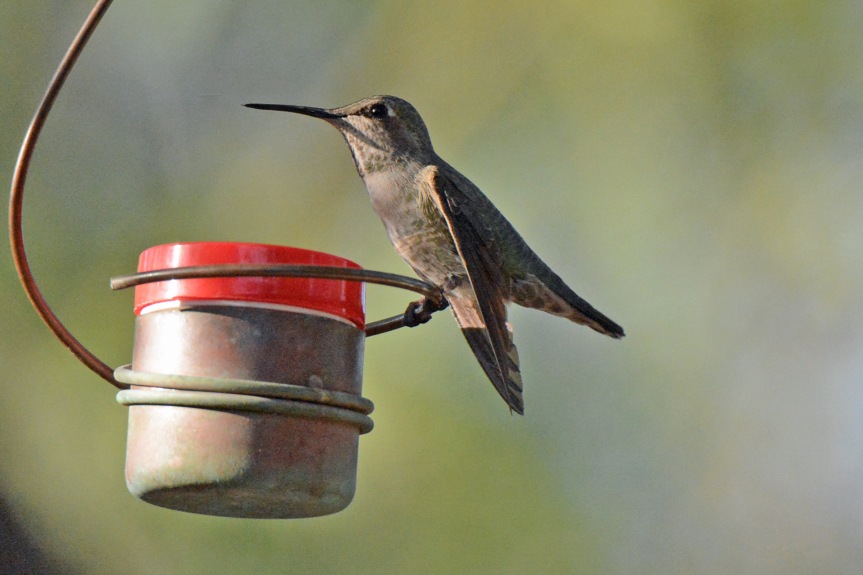 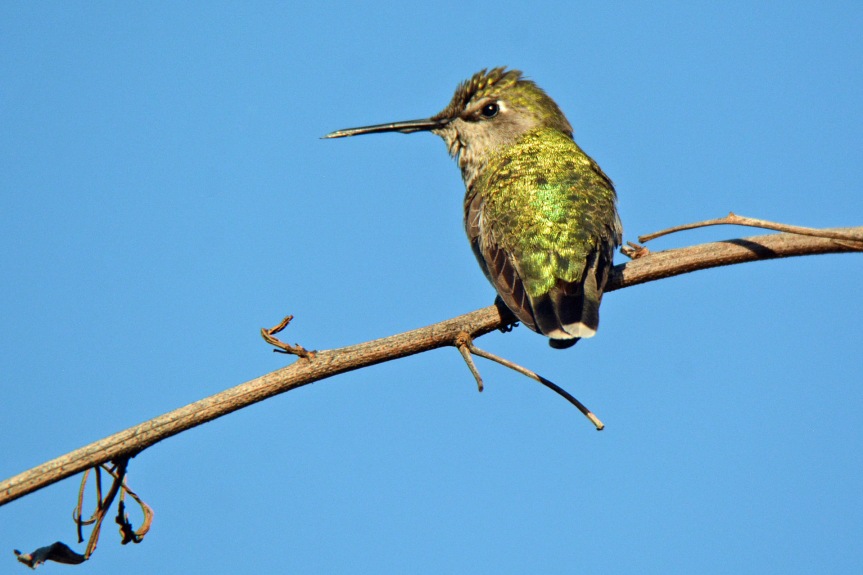 It’s migration season and breeding season so birds are very active right now. Our yard is full of sights and sounds of spring. There is lots of territorial aggression going on at the hummingbird feeders. The rare Broad-billed Hummingbird stayed for 3-4 weeks but she has now moved on.

We now have at least 3 Black-chinned Hummingbirds (2 males). I assume some may be the same ones who have come for the last few years because they always come from about March-May. The males are very aggressive around the feeders and chase each other and the several Anna’s hummers all over. Fortunately, there are 4 feeders so everyone is able to get a turn eventually. The Black-chinneds make a funny, buzzing sound, totally different from the sound of an Anna’s. The sun has to hit them just right to make the males’ purple collars visible so it’s a fun challenge to try. 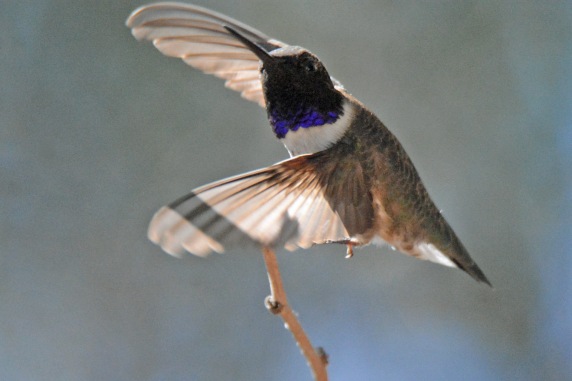 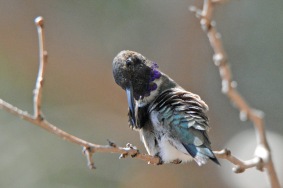 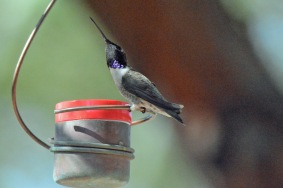 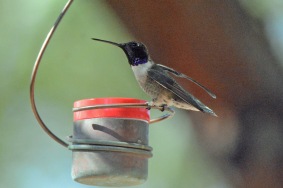 (These smaller photos can be clicked on to make larger; I just don’t like feeder shots that much.)

This is the female, below. She is lankier with a whiter underside than the Anna’s Hummingbirds. They also have longer, slightly down-curved bills.

Here’s a few more of the tiny birds currently in our yard:

We have at least 3 in our yard. They are here year-round, desert birds. 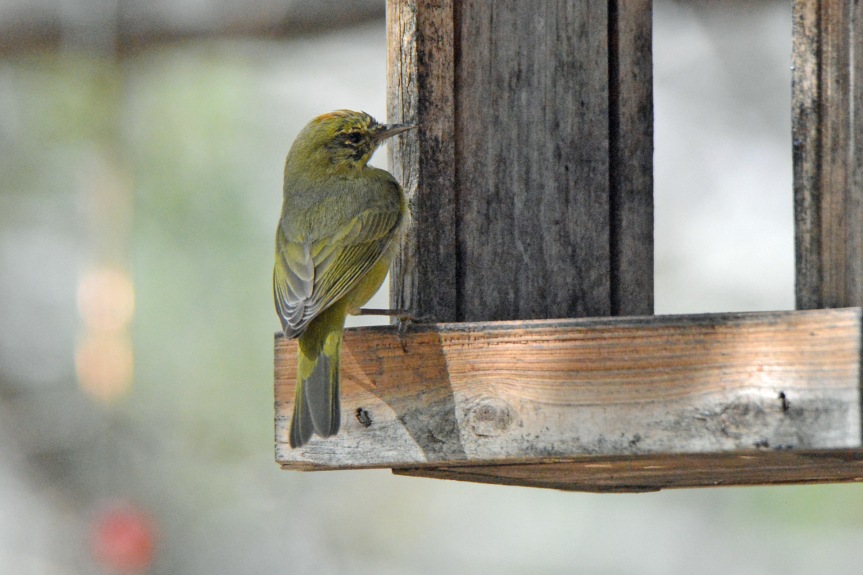 My favorite bird in the world, “Tink,” is still here. She usually leaves by the second week of March but I’m afraid she’s hooked on grape jelly and doesn’t want to leave. Everything I’ve read said that having food out doesn’t affect migration so she will probably leave soon. I finally caught a glimpse of her orange crown a few days ago (you can see it in the last photo, above). It isn’t normally visible. This is her 4th winter in our yard so I hope she’ll have a safe summer and come back next year. 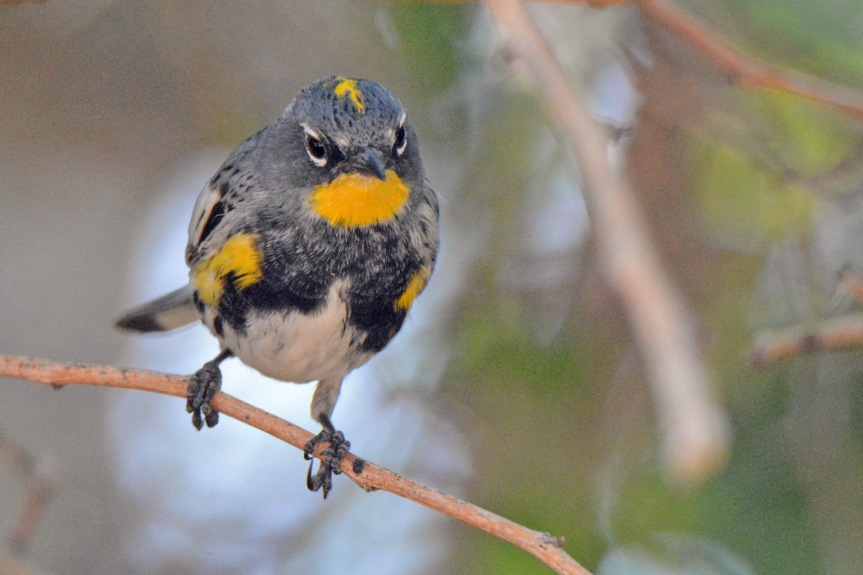 These guys will probably be migrating soon, too, although some do stay year-round, apparently. We’ll see. They don’t really seem to be a couple. I see the male (“Chatty”) all the time and he likes to follow Tink around rather than the female of his own species (“Shy Girl”).

I’m hoping we’ll get a few more migrants coming through, someone new and exciting, maybe. I haven’t had much luck lately getting new birds.