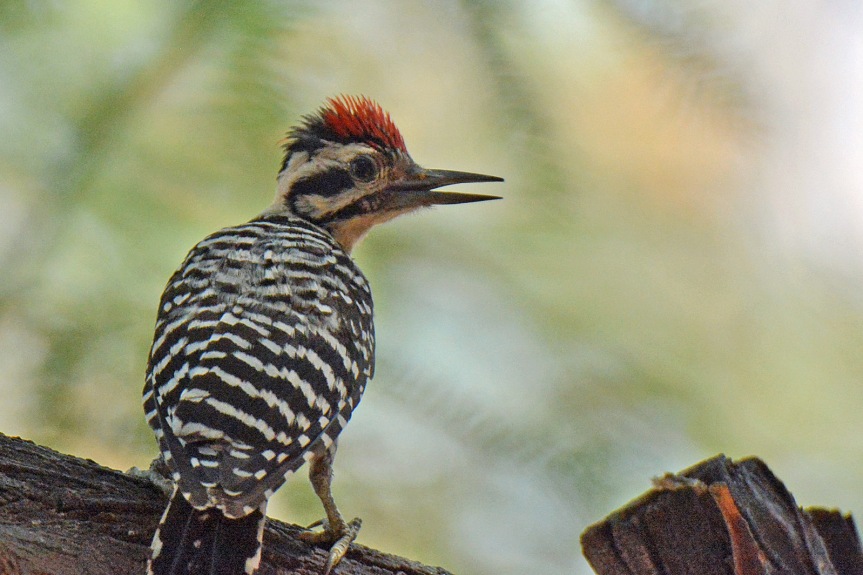 Yard bird species #42 welcomed me back to our Phoenix yard. He’s been around a few times so I hope he will stick around. He seems to enjoy the dining choices.

I’m glad to be back home but I feel like I’m in a fog and sort of half in Indiana and half here. Sometimes when I wake up, I can’t figure out where I am. So far my mom is doing pretty well and has more help at home but she’s quite elderly. I mean, I’m technically elderly now, too, so she really is and it’s worrisome. I’m trying to get back in my routine but it’s coming very slowly.

Nice to see my familiar birds again, though. It’s excruciatingly hot and humid here. We’re in our monsoon season so I have yet to get back out birding other than occasionally sitting in the yard briefly. 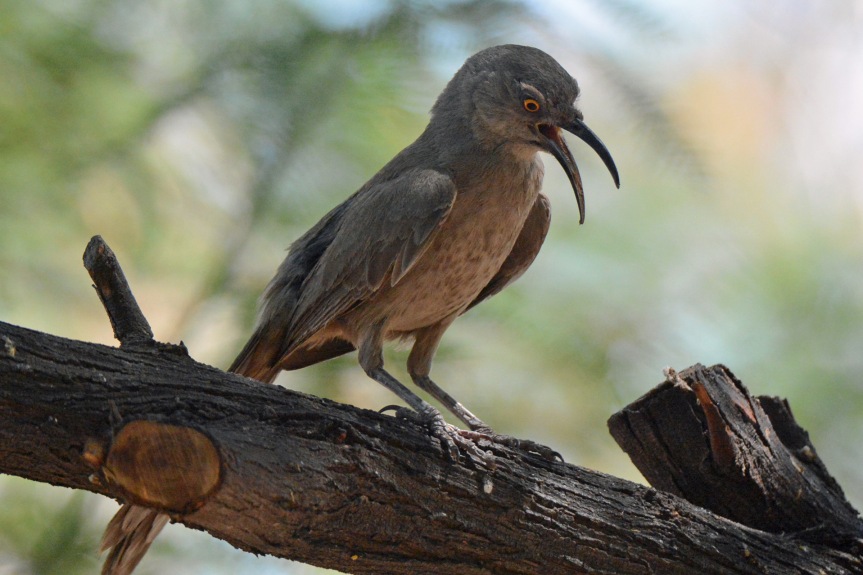 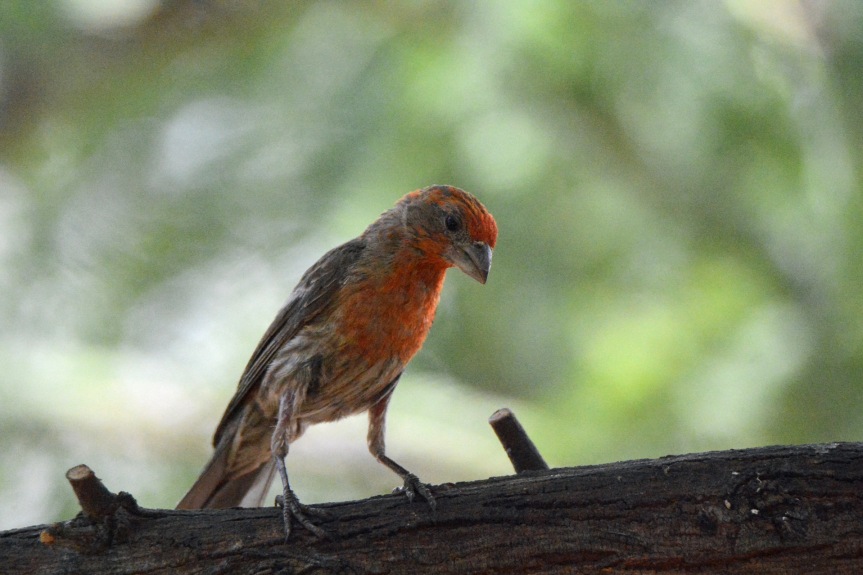 We haven’t gone on any of our day trips yet and I would really like to go up north but, with the monsoons, it’s not always good to be out driving in the late afternoons so I don’t know when we will go somewhere…soon, I hope.

Well, because of my computer crashing while I was back in Indiana and needing to get a new one, I temporarily had no access to all of my photos. I got the files restored from my old hard drive so here are a few more photos from Indiana that I couldn’t post earlier. 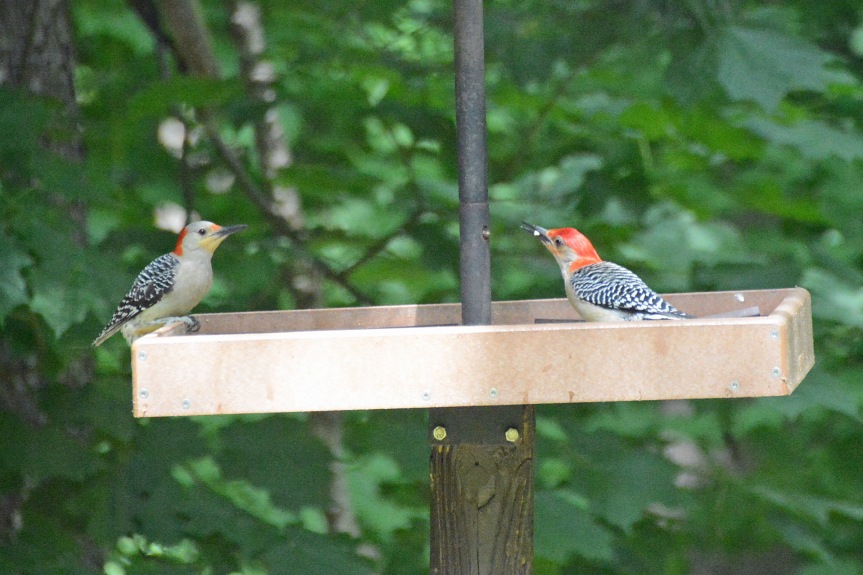 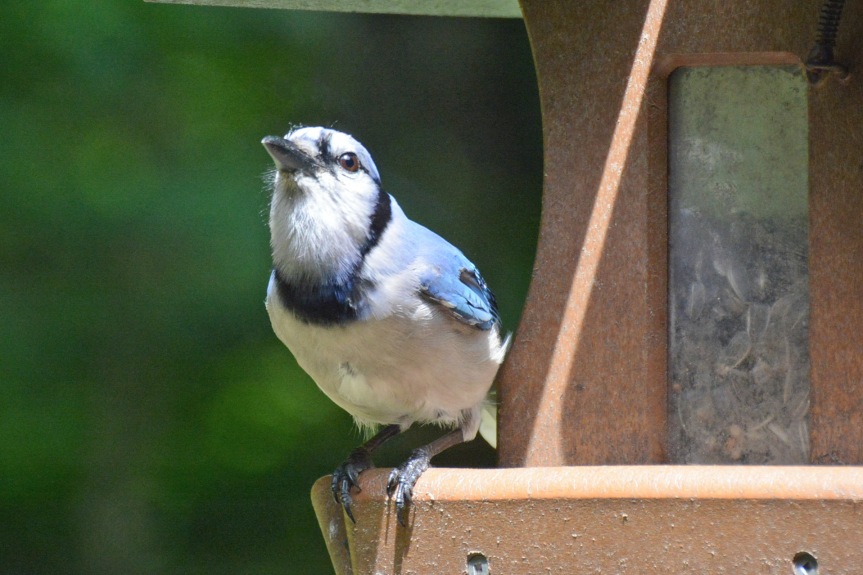 I’m still in Indiana for a few more days, cut off from the real world or at least it feels that way. Last night my laptop croaked. I knew its days were numbered as I had been told a couple months ago when I went to get it a new battery that the particular year that it was (2011) was known for its bad video component and to not bother sinking more money into it. Sure enough, that’s what happened so I went out and bought a new MacBook Pro today. My old one was a 15″ but those are pricy so I downgraded to a 13″. I actually like it quite a bit so far and think the smaller screen won’t be an issue. 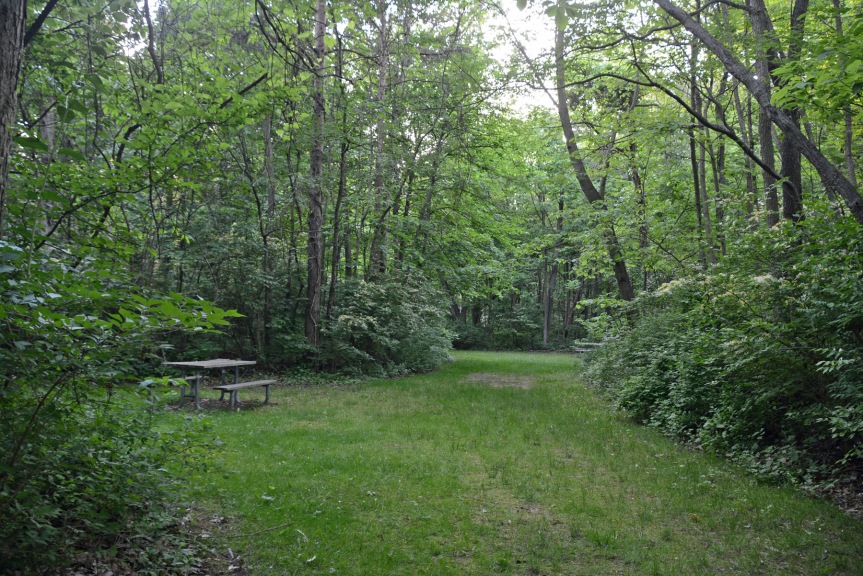 I have not gone birding much. I hope to get out another time or 2 but it rains a lot here so I just don’t know. Anyway, I’ve stopped briefly at a couple parks and I also went to a nature center in another park so here are a few photos I got. The nature center and feeders are right by the viewing area so the birds came in really close. That was nice as I don’t have my long lens with me. I still hope to see a Pileated Woodpecker and a Ruby-throated Hummingbird while here and anything else I can find without too much time expended. I’m open to anything, especially lifers! 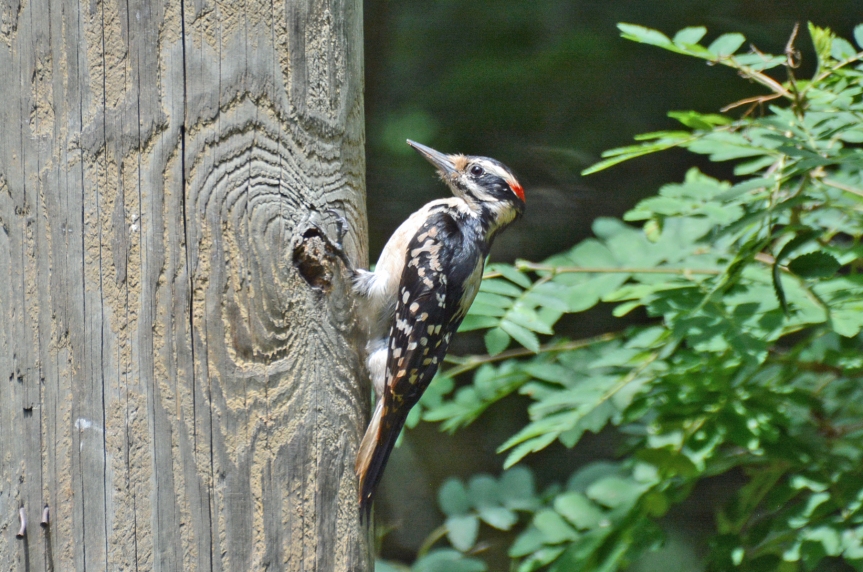 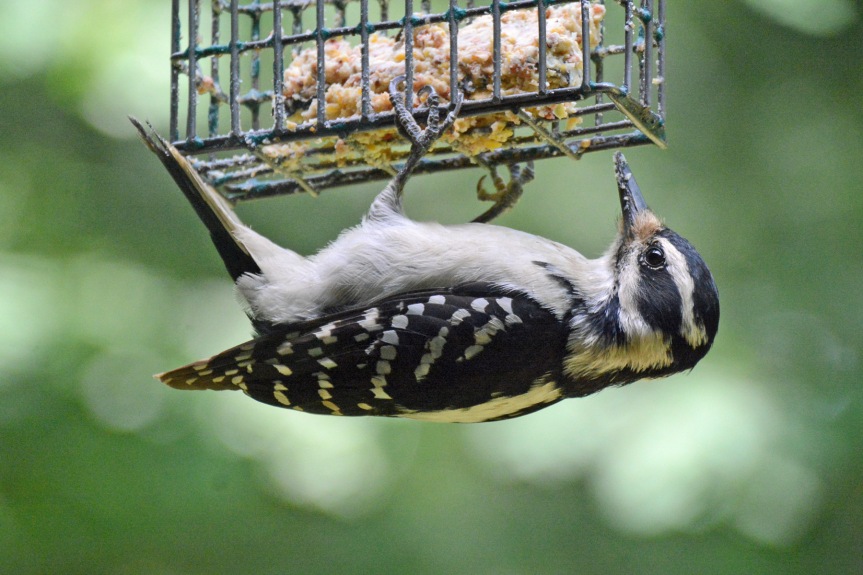 I have seen a Hairy Woodpecker before, in Scottsdale, but I didn’t get a good shot. And looking very similar to Hairys are Downy Woodpeckers and that was a lifer! They are smaller and have a few other subtle differences, bill length, head size, tail feather markings.

And I was very excited to see this lifer, too:

I don’t know if the whole midwest is like this but these squirrels are everywhere! I must see 30 a day and then a bunch of chipmunks, too, with a groundhog and bunny here and there. Also saw 2 deer yesterday. 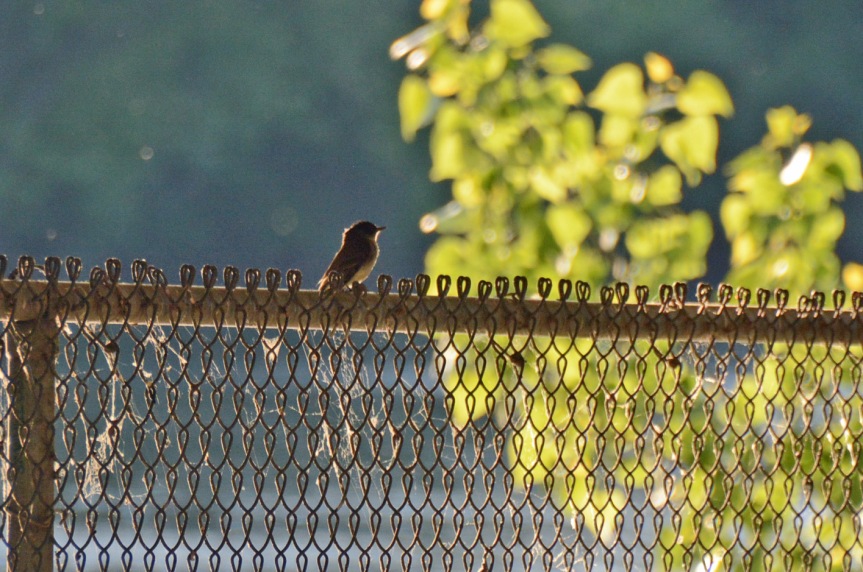 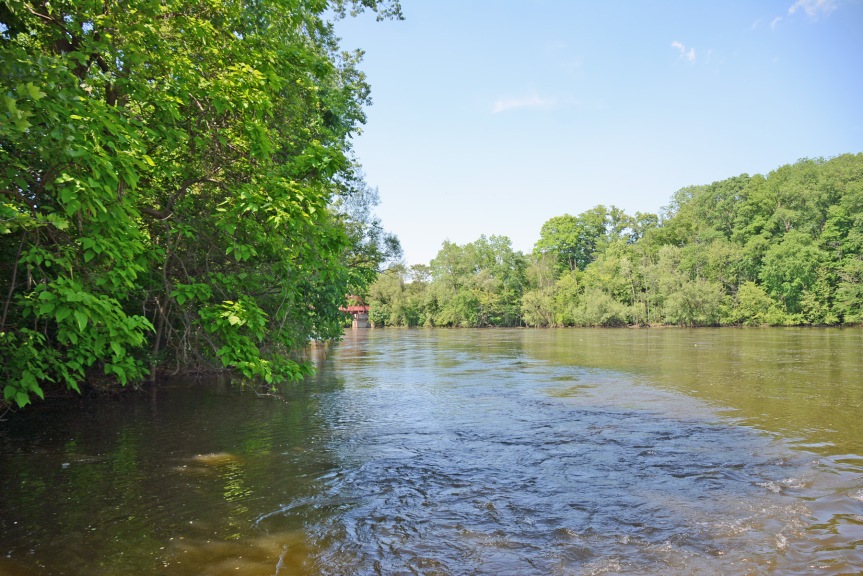 I have many more photos but they are all on my old hard drive which I will get downloaded when I get back to Phoenix. I also have Carbonite backup and I can see that everything is available to me there; it would just take forever to download it all. I had to use it to just get these few photos off my old hard drive. And I backed up my laptop in November. Should have done it since but I think I pretty much have everything covered this way. Don’t forget to back up.

This is the Darden Road Bridge in South Bend, Indiana, over the St. Joseph River. The only known truss bridge in the county, this bridge is noted for its multi-span length and unusual deck placement. It was built in 1884 by P. E. Lane of Chicago, Illinois. I came upon it by accident and it was really pretty.

I just got back from there; my 95 year old mother was in Rehab. She’s fine now and will be released in a couple days. I didn’t have much time for birding, understandably, nor did I take my birding lens but, even so, I got 5 lifers! 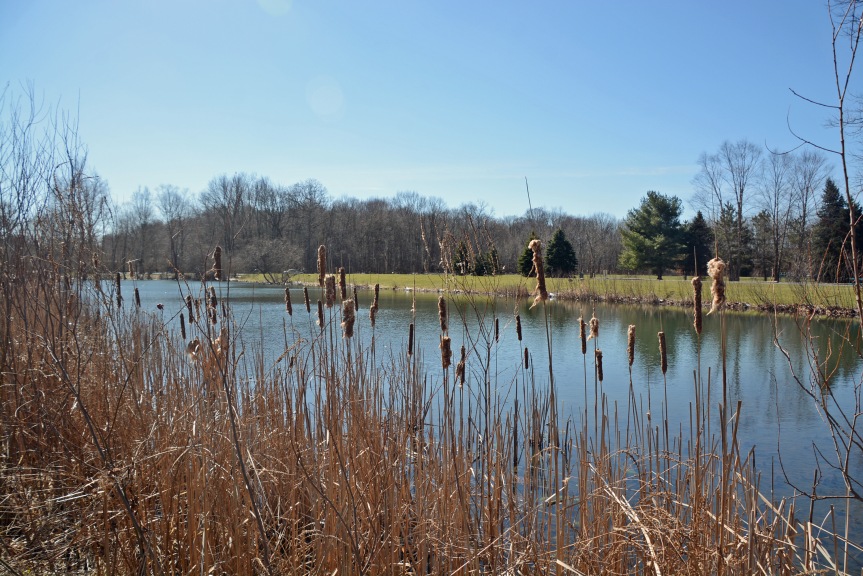 These first few photos were taken at St. Patrick’s County Park, also on the river.

There is a Bald Eagle nest at this park that has been inhabited for the last couple of years. The eagles took over an existing Red-tailed Hawk nest (I didn’t know they did that). Below is the nest.

And my mom and I saw one of the eagles in a nearby tree! Wish I had my birding lens for that. Here’s their Bald Eagle Live Cam.

On another day, I went to Madeline Bertrand County Park in nearby Niles, Michigan, and that’s where I got 4 lifers in less than an hour! These are birds we don’t see in Arizona. 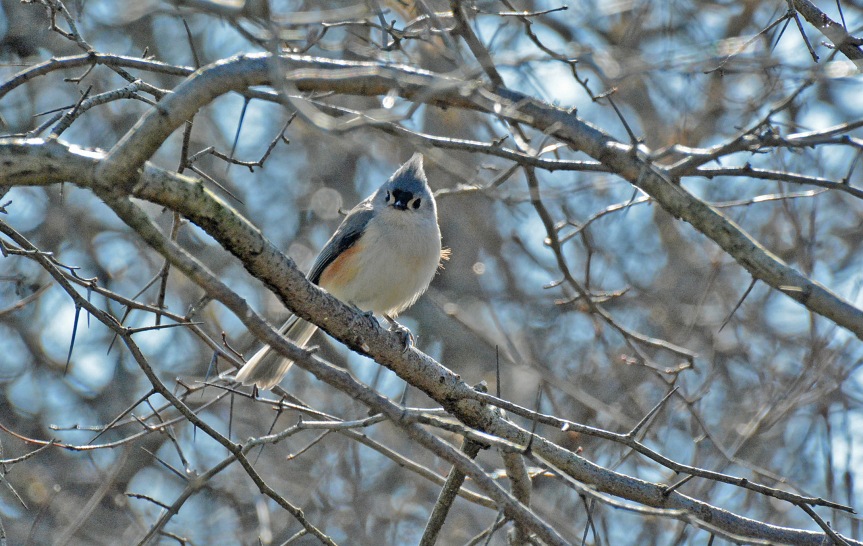 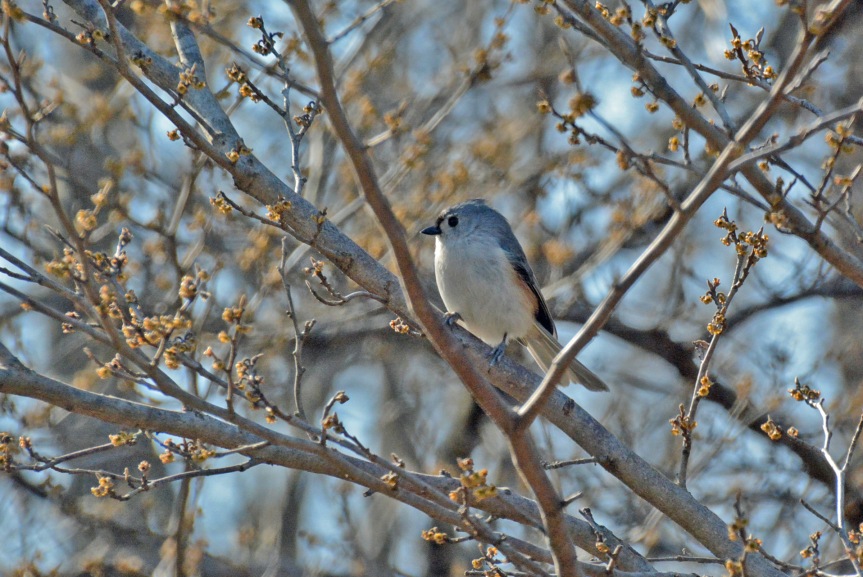 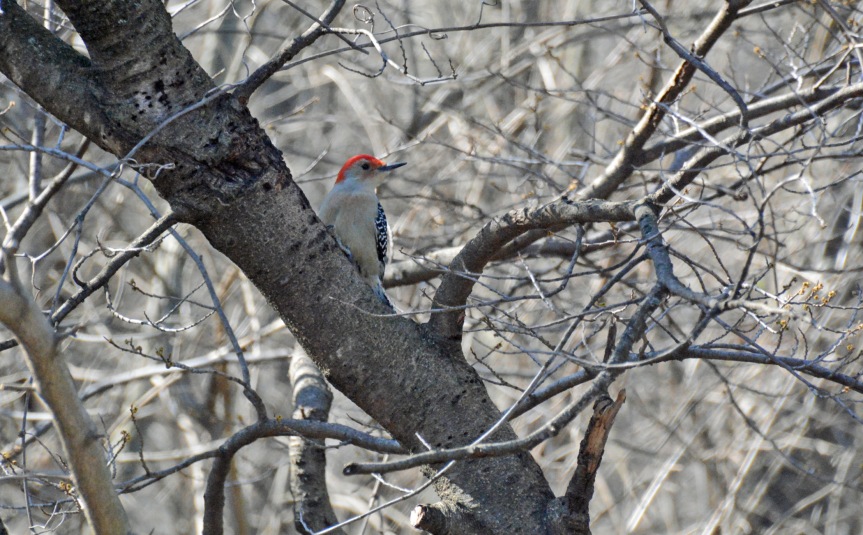 I also saw a beautiful Blue Jay but the photos are pretty blurry.

We have Great-tailed Grackles in AZ but in Indiana, they have these guys all over the place (my 5th lifer):

The robins were in abundance everywhere, pudgy little things.

In the 2 weeks I was there, I experienced all the seasons but summer. The temperatures ranged from 19 to about 65. We had rain, snow, sleet, hail (golf ball-sized), tornados all around us, and a little sun. I prefer Arizona’s 2 seasons, beautiful and hot. I’m fortunate it was “mild” while I was there, for the most part. Bye, snow. 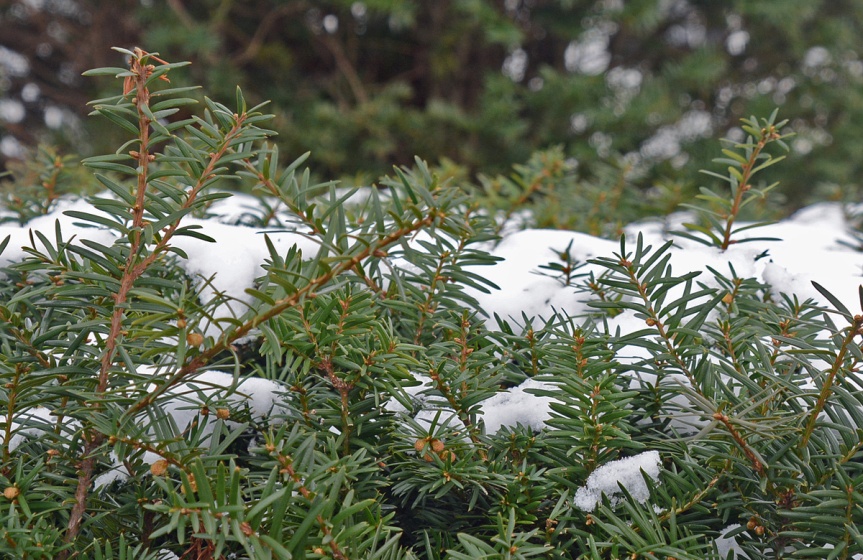